In May, I was due to get my annual physical with my primary care physician (PCP). I didn't feel comfortable going to a doctor's clinic at that time and opted to wait a few months. It was my hope that mask requirements and restrictions would be gone, but that didn't completely happen. I didn't want to wait too long, so I had my annual physical on Friday.

For most people my age, I have heard physicals usually include getting your height and weight checked. Unfortunately, the small hospital I use for my PCP isn't equipped to do this for me, so I have to go on the last time I was weighed (two years ago) and guess if much has changed. I would like to get more accurate results, but it's not an option. 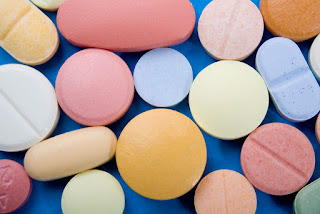 I went over my laundry list of medications with the doctor's nurse, and the doctor, and discussed any changes. He was glad to hear that one of my pressure sores finally healed, but I still have two to go. I'm thankful for any progress I hear.

After that, it was time for updated shots. I had to get an update on my tetanus for starters. Since I'm always barefoot, I need to be careful if I step on a nail somewhere. Then I got a TB test and finally, my annual flu shot. I have a few friends on Facebook that are adamantly against vaccinations of any kind, especially the flu shot. However, I have received one every year as long as I can remember and am a great example of being in great shape even with the shots.

Wearing a mask in the waiting area was as equally unpleasant as it has been all this year. Thankfully, every doctor, and nurse, I have visited quickly lets it be removed in the office. They have all agreed it's more important to breathe than the little protection a face covering provides.

Maintaining a healthy quad life is important to me. On Saturday, I spent the day with a low fever and not feeling the greatest, but it sometimes happens after flu shots. I'm not looking forward to the approaching flu, and cold, season again, but will rely on God's protective and healing hand.

Every four years, the United States votes for president as well as multiple other governmental seats. In 2016, it was common to hear that it was the most critical election ever. At that time, it was, but the same chant has come again this election cycle as well. Unfortunately, I agree with the sentiment, again.

Our current leader, President Trump, has had the most challenging term of any modern president. Both political parties, media, and the judiciary have all fought against him on much of what he has done. It seems similar to this picture, working to bring the country ahead while attached to a ball and chain. I don't agree with everything the President has done, or said, but generally like what has been accomplished. 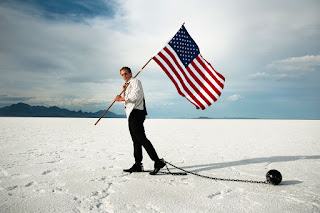 This past week, I read an article about Christian perspective on voting, and watched a video where people were interviewed on candidate choices. They were both good, but also show the current political climate we live in. It used to be that the two major parties had just a few differing points on some aspects of government. Now, they are completely polar opposites of each other with the divide seeming to be growing and encouraged to go that way.

First, as a Christian, I cannot give my support to anyone that would encourage, especially not promote, the killing of children in the womb through abortion. Living the quad life, I also have to carefully watch insurance issues in the political realm. Former Vice President Biden has said he wants to get rid of private insurance and make government controlled healthcare available for everyone. I like the thought of every citizen having medical funding, but also see what other countries experience with similar systems.

Speaking from experience, federally funded insurance would only cover me if I lived in a care facility. Some will say that Canada allows nursing care in a person's home, but America does not have anywhere close to enough nurses to allow it. Private insurance also pays better, we won't get an influx of new medical personnel with a decrease in pay.

In countries with socialized medicine, their is a rapidly growing trend to euthanize those with major medical needs, like me. The reasoning is that it's more economical for society and the person does, or will, have a poor quality of life anyway.

Yes, this another important election. However, whatever the outcome, I'm reminded that God is in control and everything in this life is temporary. That can always be of comfort.

It's the Weather, I'm Sure

A week ago today it was a sunny, warm, day with a breeze and it was very nice day in Iowa. Coming home after preaching, I had a renewed spirit of energy that I haven't felt in a long time. It was very refreshing to again be in fellowship with other believers, getting to be used to serve God, and eat a Sunday lunch with my family. Much of my enthusiasm bubbled over into Monday as well as I took time to work on my book again. Then Tuesday came, and so did the change.

Part of the quad life is that I'm unable to regulate my temperature very well. I can get overheated fairly easily and also rapidly get too cold. Everything has to be just right in order to be doing well, especially when I haven't been outside very much. Over night Monday, a cold front came through Iowa so that 90° high from Sunday turned into 50° on Tuesday.

My dad reluctantly turned on the furnace, but I was still cold. Instead of sitting in bed with just my normal t-shirt and shorts, I also had a sheet and a blanket. Along with that, I was also tired and could hardly get the energy to do much of anything. Two days after my first venture into the public, I started wondering if it was more than just weather changes. 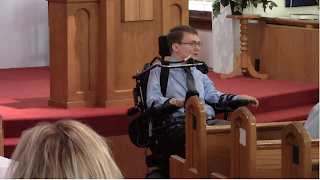 After giving Sunday's message, there was a song, and then I gave the parting blessing. During the singing, I ended up facing the congregation the entire time. That meant about 100 people were belting out God's praise towards me. I also talked with several people after the service, but I didn't watch distancing guidelines very carefully. Was it possible I picked up something, including the virus?

As of Friday, there were reported 73,547 cases of covid in Iowa. That means 2.3% of the state either currently has the virus or has had it. Therefore, you have a 97.7% chance of not encountering someone with the disease. With that statistic though, there have been some outbreaks in my little town of 10,000.

From Tuesday through Friday, I pretty well felt the same as the cold, wet, cloudy weather continued. Friday evening, after being cocooned in blankets, I finally felt warm and more energetic again. As I write this on late Saturday, I again feel back to myself and sit here in my normal configuration. Waking up with slightly sore lungs this morning didn't help the virus wondering, but it subsided quickly.

I don't plan on getting anything checked out. Especially with the reports of multiple false positives given for tests. I stopped watching the news stations a few months ago, but the constant pushing of doom and pandemic can still get to me. I'm thankful to be feeling better again, and for the weather returning to normal September conditions. Whatever comes, or doesn't, I look to God's peace and trust His plan.

Labels: giving back, life as a quadriplegic, living in a society

This year, it seems like everything is going wrong that could go wrong. First, the world basically shut down due to the virus. Then riots started and proceeded to destroy cities and get rid of police departments. In Iowa, we also had an unusual storm, a derecho, that caused a lot of damage to crops and buildings.

In other areas, churches have been singled out for closure or face penalties for meeting. We are also getting closer to another election where the candidates couldn't be much more polar opposite than each other and have potential to drastically change the country. With all this going on, I preached this morning about having peace in our lives. 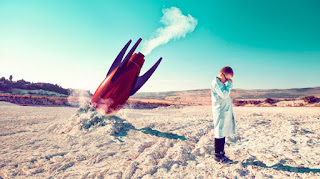 Reading through the Bible, we can see various scenarios where a person, or country, looked to be headed for trouble. However, God used it for His glory and according to His purposes. In Genesis, Joseph was sold as a slave by his brothers. About twenty years later, God used Joseph to save Egypt, and his family, from starvation.

In Exodus, just as Israel finally left Egypt, they appeared to be stuck between the sea and Pharaoh's army. Instead of doom though, God brought His people through the sea on dry ground and showed His power by drowning the Egyptian army. In Philippians 4, Paul says he knew what it was to live in good times and bad. No matter what, he relied on God's strength to get him through.

As part of the sermon on the mount, Jesus said in Matthew 6:31-34 to seek His kingdom first and not worry. This can be hard to do in challenging circumstances, but these are times when we especially need to rely on God.

Living the quad life, I've had times of concern and let worry get to me, as regular readers will know. As a Christian though, I can be like Peter was in Acts and sleep soundly knowing God is in control. If we have repented from our sins, and trust in Jesus alone for salvation, we can have peace that surpasses all understanding. It's not a guarantee of an easy life, but gives a correct outlook for what is to come.