I wouldn't hesitate to tell you I'm not a fan of antiques, I much prefer anything modern. My dad and I have a train layout in the basement, it never gets touched, but it does exist. He would have it all in a 1950's era with the last steam engines and early diesels. I would have the latest generation engines,  modern cars, and scenery like you see track side today. Maybe that's why we've done very little scenery on it. Despite all this, I have been in a classic (old) movie spurt the past few weeks.

A blog I follow suggested both of them, and I did enjoy them. The first movie is called Smiley, a 1956 production set in Australia. The movie follows a boy, Smiley, in his quest to earn enough money to buy a bike. You follow him through town, woods, and school to Smiley's next adventure. Watch it on YouTube at the link given to find out if he gets the bike or spends it all on lollies (candy).

The second movie was via NetFlix, a 1976 version of Tom Sawyer. I saw the new version a few years ago, but I think this is a more accurate rendition. Tom is rarely seen with shoes, as in the book, and he has an aversion to school, not something I remember as much in the latest release. My only qualm is that it's also a musical. Fortunately, for me, it isn't all sung and reminds me of plays my school put on when I was in Junior High.

Both movies depict a time that has unfortunately been lost in modern society. The Bible was freely taught in public schools and children could roam, and attend school, barefoot like anyone else. Modern times are great for a number of reasons, increased medical technology (like vents and diaphragm pacemakers), better communication, fuel efficiency, and many more. Unfortunately, even I, Mr. Modern, will attest to the old ways sometimes being better. I don't see the U.S. reverting back for quite some time, but history does have a way of repeating itself. Until another week has gone, that's all for today.
Posted by trainman at 6:49 PM No comments:

As I get older, I'm seeing daily life as more of a balancing act. Keeping work priorities in balance with each other, volunteer work, and physical needs. The last one on this list seems to be the main fulcrum on which everything else tips. 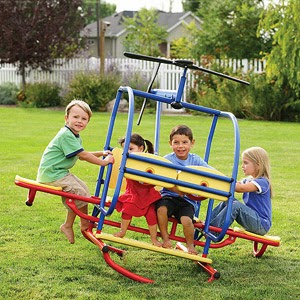 For the past six to seven years, I have been noticing things I used to never give attention now require constant maintenance. One of those items is eating. I'll freely admit, I'm a particular person when it comes to what I like. However, the items I enjoy, I would gladly eat until full and not have to worry about what is was. Now, if something has too much spice, too much bread, or something else, my stomach will blow up like a balloon and I won't want to eat anything for a day or two. The trick is that what I could eat yesterday, didn't go well today, and likely will be fine tomorrow. It feels like an odd Russian roulette of sustenance. A large weight on this balance is now skin issues.

I have posted before about dealing with several pressure sores. I was also diagnosed with pyoderma gangrenosum, an auto-immune disease that prevents wounds from healing. So even if I stayed upside down with my sores hitting only air, they wouldn't heal. In any case, I have been making an effort to take more time to change positions and get off my wholly buns. Instead of sitting up in bed on my computer as I often am this time of year, I lay down flat and on my side more frequently and for longer times. When I know I have work to do, this is very difficult for me to do, because I can't run, or even see, my computer. Two of the three spots are responding well, but the third, and newest, doesn't seem to improve and may be a little worse even.

Aging and SCI are a challenge in maintaining all the ups and downs that come with life. I pray that I'm able to continue to keep a good balance on everything and not let something tip too far.
Posted by trainman at 6:46 PM No comments:

Second week of the year and I already miss a Monday update, not a great start. I don't believe I specified a day, just trying for once a week. This entry looks back at a couple news stories from Iowa last week.

For eleven days in August, the Iowa State Fair is the largest single event in the state. It has been ranked as one of the top fairs in the country and it draws visitors from far and wide. There are several things to do at the fair, but one of the more popular is food. At the Iowa State Fair, you can anything you want, or not want, on a stick: hot dogs, corn dogs, chicken, fried Twinkies, fried Oreos, and my favorite, chocolate covered cheesecake. The list goes on, with new menu items added every year.

Last week Tuesday, the fair board announced that this year they would be switching to a ticket system to purchase food. Instead of using cash, you would have to purchase 50¢ tickets to buy food. Therefore, a $4.00 item would now be an eight ticket purchase. With food booths all over the fair grounds, you would need to carry dozens of these tickets to get through the day. Families would likely need a trailer to fill everyone's lunch needs, let alone extra snacks.

Not surprisingly, the decision received quite a bit of negative feedback from fair patrons and owners of food booths. Twelve hours after the news release, one news station had over 700 comments on Facebook, none positive. Some people said they would buy less food, others would skip the fair completely. Less than 48 hours after the announcement of the change, the board reversed its decision.

With enough people reacting to a decision, it will get changed to favor the main push. I wonder how long it's going to be until we see more of this type of pressure at the state and federal government levels for things like healthcare, and possibly basic principles like freedom of speech. It has happened in the past, so future events may follow. We will see what the next week brings.
Posted by trainman at 5:13 PM No comments:

We are almost one week in to the new year. In Iowa, it has been a cold year so far with today's high not even getting to 0. This picture is of my outdoor weather station this morning with a temp of -13 and current wind chill of -21. No matter how you look at it, that's cold. I'm thankful to have a nice warm house to live in where it's 70-72 degrees all day. 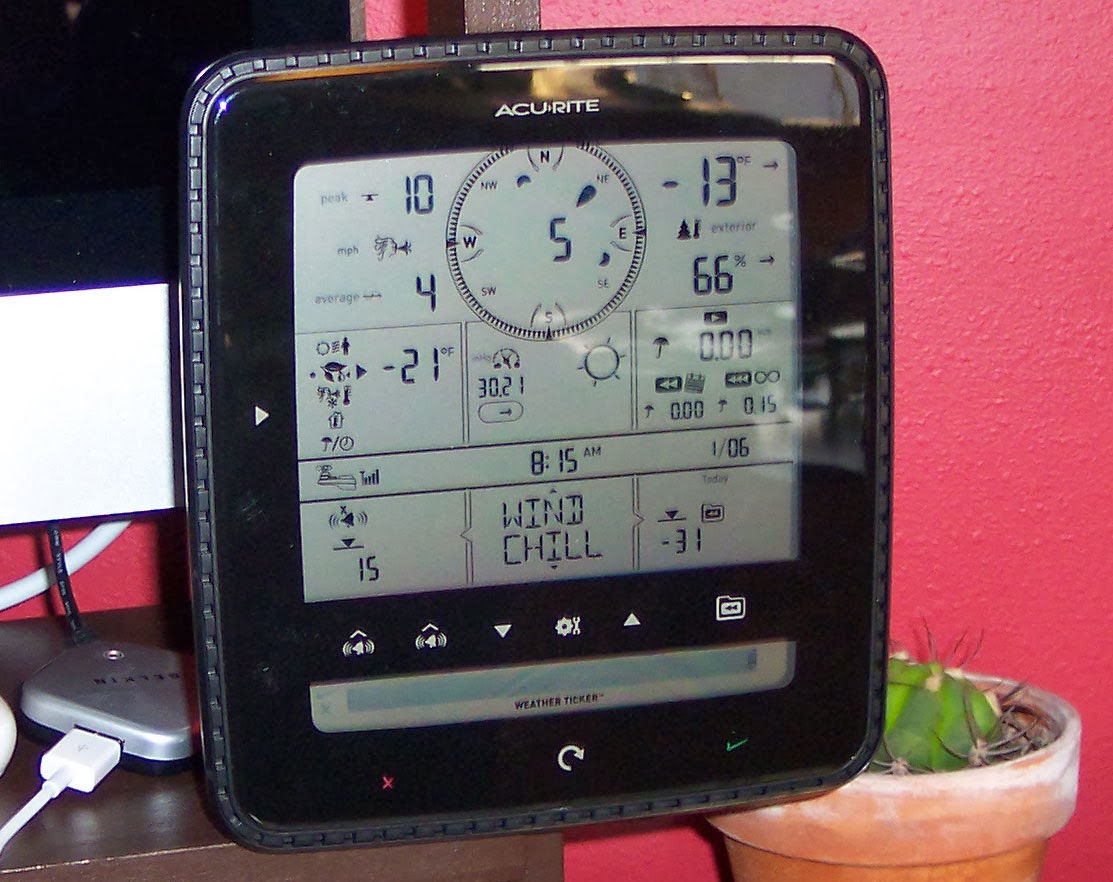 Yesterday was the first Sunday of the year. So at my church, that means officially installing new elders and deacons. To keep it simple, elders are responsible for the spiritual, or people, concerns of the congregation and deacons for financial matters. Both groups together form the council, the governing body of the church. A few men from the church are put on as candidates and are then chosen by picking out of a hat. A term is three years with three years off before you are eligible again. Yesterday marked one year since I started my term, with two years to go.

The new deacons are just like I was a year ago, first-time to serve and wondering what are we getting into. A year ago I couldn't tell you what we were doing, and somedays still feel that way. Serving on council has been a unique experience so far, learning how things work in the church and determining God's leading for our congregation. We do not please everyone, but do what we feel is the right path for us and what God's will is for us.

Three years is the longest time I've committed to anything. College was only a little over two years long. I pray that I can fulfill my full term, but that will depend on God's plan for the life He has given me. With one year complete, the next two will hopefully go well.
Posted by trainman at 6:29 PM No comments: