Answered Prayer or Too Much?

In September of 2017, I received my license to exhort, or preach, in the Christian Reformed Church. Since then, I have averaged preaching 3.5 times per year at both CRC churches and other denominations. The next few weeks will greatly increase that average. 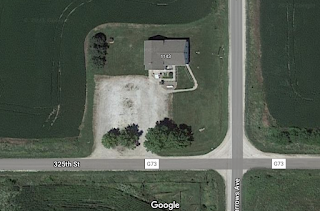 I am scheduled to preach the next five weeks at a small non-denominational church near Bussey, IA. Looking it up on Google Maps, the facility is in the middle of farm fields and a long way out of the town of 400 people. It looks like a fun place to learn and opportunity to preach in a place I probably would have never noticed otherwise.

Since getting my license, I have only stand-alone sermons meant for single visits. I did one stretch of preaching three weeks in a row, but it was three different congregations and I used the same sermon at two of them. I have had a this sermon series in my head for about a year and prayed for an opportunity to use it, and this is it.

Today started with an easy topic, at least for me, using the law in evangelism. I finished writing it a few weeks ago and sent my PowerPoint off to my church contact. Since then, I have been slowly, but regularly, working on the subsequent messages. This past week was working on sermon four and finishing everything for it. Late Friday, it occurred to me I only sent the church information on my first message, and nothing else. Sermon two was just over a week away, so I sent my message titles and Scripture references for all of August.

The next few weeks will rapidly get busy and I pray I keep everything straight and manage time well. I haven't done great on time management and coordinating my sit time the last few days and will need to be careful with weeks ahead.

One of my sayings is that I'd rather be busy than bored. This will be a busy time in the quad life, but I'm thankful for the opportunity and may look forward to another one to come.

Labels: giving back, helping others, relying on God

Lately, it seems like I keep running out of time to get things done and have to carefully choose what activities get priority. However, I always start and end the day with reading the Bible. It has been a while since I last gave a reading update, but I am currently spending each morning in Proverbs.

King Solomon was given wisdom by God, and was the wisest man to live. This book was written through him in order "to know wisdom and instruction, to perceive the words of understanding." (Proverbs 1:2) Even though it was written thousands of years ago, it is still very relevant to modern life.

With its 31 chapters, it works well to read a chapter a day every month with 31 days. I have done this practice in January for a few years and start the new year off well. However, many of the proverbs are contained in just one verse and I have seen calendars with daily words of wisdom from this book.

Proverbs 3:5-6: "Trust in the Lord with all your heart, and lean not on your own understanding; in all your ways acknowledge Him, and He shall direct your paths." With many people uncertain of the future due to concerns about politics, health, economy, and more, this is good to always remember.

Also in Proverbs 11:2, "When pride comes, then comes shame; but with the humble is wisdom." Around the country, and world, some social groups celebrate pride and flaunt it everywhere. In the book of Job, he was proud of his actions and was certain he did no wrong. However, God used a series of questions to humble Job and subdue his pride. Everyone would be wise to remain humble and not let pride in our heart.

When reading the Bible, we need to remember, "Every word of God is pure; he is a shield to those who put their trust in Him." (Proverbs 30:5) Today, many people and organizations try to put doubt on God's Word and cast hatred toward those who follow it. However, living the quad life or any life, our full trust can be put completely on everything written; in the week ahead and all eternity.

Too Much or Neglected

With mostly everything open this summer, many families have been participating in as many activities as possible. I have been hearing great reports about my pressure wounds and they are nearly closed. Therefore, I have also been getting outside and enjoying summer activities. However, I may have done too much.

A couple weeks ago, dad and I went to Railroad Days in Galesburg, IL. It is always the fourth Saturday in June, but that usually coincided with the week I was returning from camp. Since that didn't happen this year, we took a full day to enjoy our first visit to the festivities. Galesburg is a three-hour drive one way, but the two of us got home about 12 hours after we left.

When dad went to change the bandages on my skin sores, one of them had rolled up in a ball. It likely happened when I got dressed in the morning and I sat on it all day. I had my night nurse get me up early and I forgot to have him check. As a result, the area regressed to where it had been a few months ago.

Last week Sunday, I preached in the morning. That evening, I went out to my uncle's to watch his fireworks' display. Monday evening, I was also up in my chair for several hours with friends celebrating Independence Day. I apparently didn't tilt enough as the area that was irritated at Railroad Days also got deeper.

On Tuesday, my caregiver added more air to my seat cushion since it felt a little low. That should hopefully help, but I still need to be cautious. July is pretty open for me and I had hoped to do a few outings I have been post-ponging. Now, I will delay them another year and likely stay down as much as possible to prepare for a busy August.

Such is the story of the quad life. I let my guard down too much and now pay the consequences. Thankfully, God has shown me over the years how to stay active in any situation. I may not get to do some items in my plans, but I can still serve plans ahead that are a far greater purpose.

It is July 4, 2021, Independence Day in the United States. On this day in 1776, the nation declared its independence from Britain and became a new, free country. As guaranteed by the founding fathers, part of this freedom would include citizens being able to worship God as they wanted and not be forced into one state religion. This morning, I again had the opportunity to preach God's Word in church and focused on this topic.

For over 200 years, much of Western culture (such as the US, Canada, Australia, and more) has enjoyed freedom to attend church, worship God, have easy access to the Bible, and live our faith in every part of life. We have heard about persecution in other countries such as the Middle East and China, but they frequently fade from memory. However, freedom to worship has been changing in the past few decades and especially the last 18 months.

I have been watching a channel called BTWN News that reports on current events related to Christianity. They, and others, have covered much news from Canada as pastors have been jailed for the crime of preaching and their church buildings locked up by officials or, in one case, surrounded by three layers of fencing.

These congregations have been forced to meet in undisclosed locations and taken measures not to be tracked. As of July 1, all restrictions were finally lifted, buildings opened, and pastors released. That is great news to hear, but it also vividly demonstrates a great shift in government and society.

As part of His trial, Jesus told Pilate, "my kingdom is not of this world." (John 18:36) As Christians, we need to submit to and respect all those in authority, but as long as it doesn't conflict with God's commands. Several examples of this are given in the New Testament of Paul and apostles respecting those in power, but following God first.

Throughout this Independence Day and every day, let us remember we are never independent from God and to serve the King of kings and Lord of lords.