In January, I saw my regular dentist for a tooth cleaning and I scheduled appointments to finish my mouth work. The first one, for mapping my mouth, would be in late February with getting the tooth on March 31. This sounded great, but the dentist called to say funding for the implant expired on April 1 and he wanted to have earlier appointments in case of delays.

Therefore, I went in on February 4, less than two months after my bracket installation, to get my teeth mapped for the false tooth. It required a lot of work with the metal, but was eventually complete. Four days later, I noticed the area was much more painful than it had been. However, another quick check at my dentist looked okay. 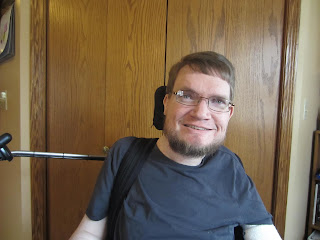 Due to a cancellation, I was again bumped up from an early March appointment to this past Tuesday to get my tooth back. After messing with it for so long, I was looking forward to receiving the implant and having a full set of teeth again. However, as the false tooth was screwed into place, it was VERY painful. After two rounds of getting it in place, I was finally granted some pain relief.

The last step was to put a tiny torque wrench on the tooth to get it snugged in place. It was at this stage my dentist noticed the metal bracket was turning as well. It wasn't attached to my jaw bone as it should be and the tooth would not install properly. He also couldn't remove the tooth without taking the entire bracket with it.

Instead of being done with this entire process, I now have to start over again. I'm scheduled for an appointment in Iowa City in late March, when I was originally going to get the tooth, to likely have to get another bone graph in my jaw. Six months after that will be another bracket installation and then three more months until I get my tooth, again.

I currently have my false tooth in place, but it doesn't take much to make it sore. I got used to not having it and am considering just going without one. If the quad life wasn't so dependent on mouth use, it would be different, but that's not the case. I will see how God leads me on this path again, but will make sure to give the full waiting time if it comes again.
Posted by trainman at 12:00 PM

Labels: life as a quadriplegic, regular life, relying on God