Samson, Braun and no Brain?

For the last few days, my morning daily reading has been in Judges. The entire book recounts a repeating cycle for the nation of Israel. After the death of Joshua, and his generation, the people abandon God and follow the pagan practices of the surrounding nations. As a result, God follows through on His promises and gives Israel over to oppression and enslavement.

When this happens, Israel cries out to God for forgiveness and deliverance from their enemies. God responds by bringing up a leader, or judge, and restores the nation's freedom through that person. Israel then serves God during the lifetime of the judge, but then quickly falls away again after the leader's death. Then, the entire cycle starts over again with the people forgetting lessons from history. 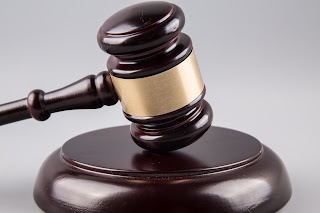 One of the more well-known judges during this time period was Samson. The account of his service was all of yesterday's reading and part of today's. Before his birth, Samson was to be a Nazirite, set apart by God for a unique service. As a Nazirite, he needed to follow strict laws for behavior and how he lived his life. These rules included not cutting hair, going near a dead body, and much more as given by God through Moses.

While Samson was set apart as a Nazirite, he broke most of the rules during his life. Through strength God gave him, this judge killed many of the Philistines that were ruling over Israel. He also ate honey from the corpse of a lion and lusted after women. As part of the last one, Samson had more opportunity to confront the Philistines, until he met his final wife, Delilah.

Delilah was given over to greed for money and agreed to learn the secret of Samson's strength. He gave her several false answers, all of which Delilah did to him. Samson didn't learn from any of these lessons though and finally gave the answer of his long hair. After a barber cut off the judge's hair, his strength left him and he was captured by the Philistines, blinded, and put in forced labor. However, the Philistines also didn't pay attention and allowed Samson's hair to grow back. At his last act, Samson was strengthened by God one more time to take down idol worship and many of the Philistine followers.

One of the main points of this book is to teach the Bible, God's law, to younger generations. Remembering what God has done, and will do, is a key to fearing Him (which is the beginning of wisdom) and living as God requires. It also demonstrates that God uses people He chooses, no matter how flawed, to serve His purposes.

Therefore, be sure to study God's Word daily and teach others as well. Learn from history, and if you keep giving into temptation, do anything to get away from it before it blinds you and costs your life.